Infinix Smart 5 price in Ghana is GHS540. In terms of size, the Infinix Smart 5 is larger than most other smartphones in its price range. A 6,82-inch HD + display dominates the front, with substantial bezels all around. The lower chin is thicker than the sides, which is to be expected given the smartphone’s pricing. 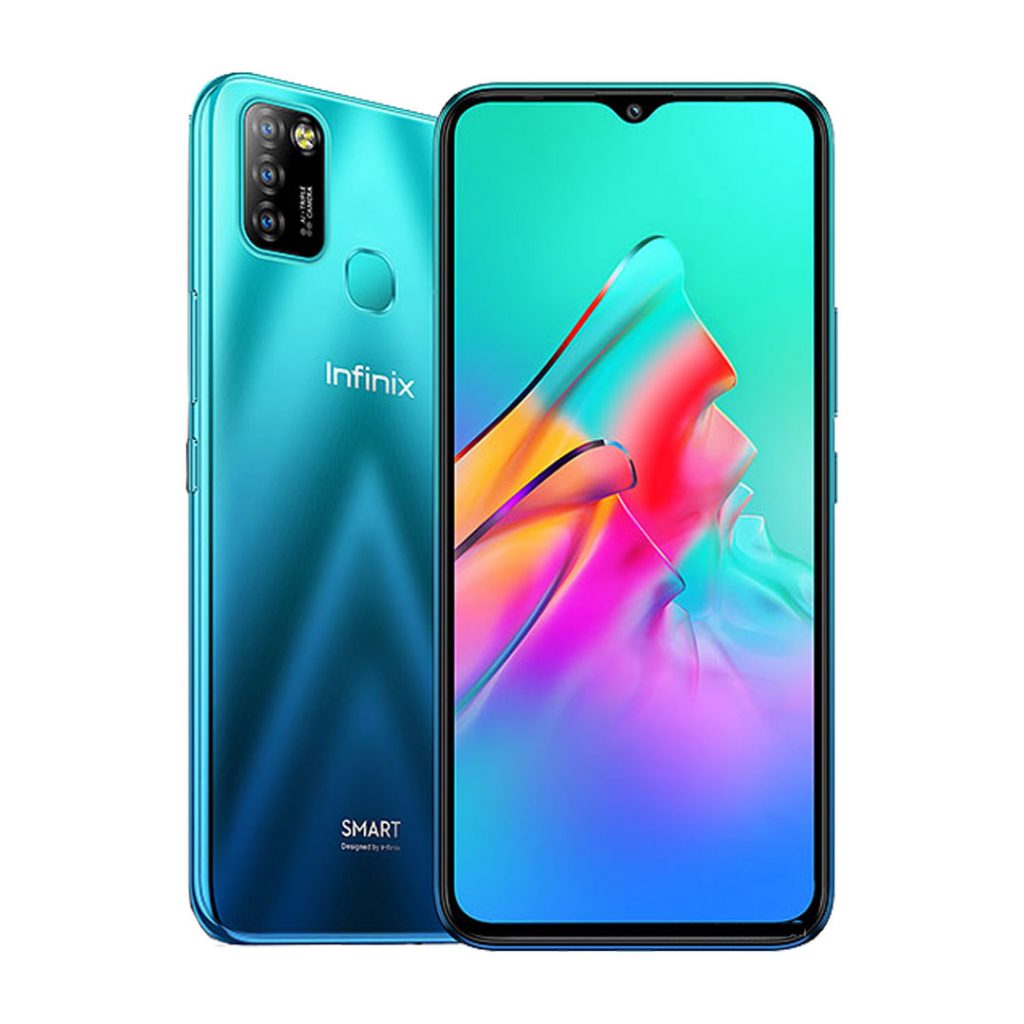 There’s a selfie camera in the dewdrop-shaped notch at the top of the screen, as well as a big earpiece immediately above it. This earpiece functions as a loudspeaker as well. Like a few other Infinix smartphones, the Smart 5 has a selfie flash buried between the screen and the frame.

The fingerprint scanner on the Smart 5 is situated on the back, which is slightly higher than optimal. On the right side of the frame are the power and volume buttons. The power button is convenient, although you may need to toss the phone in your hand to reach the volume buttons. The SIM tray on the Smart 5 is on the left, with two Nano-SIM slots and a microSD card slot.

The Smart 5 contains a micro-USB connector on the bottom, as well as a 3,5mm headphone jack and the main microphone on either side. Infinix includes a screen protector and a plastic case in the box. A 10W charger is also included in the package.

It is one of the heaviest smartphones in its pricing category, weighing 207 g. The huge 6000mAh battery accounts for a significant portion of the weight. When you pick up this phone, you’ll note how large it is. Infinix attempted to conceal this by curving the sides of the device to improve grip.

The MediaTek Helio G25 octa-core CPU powers it. The Helio G25 comes with 2GB of RAM and 32GB of storage from Infinix. Bluetooth 5, VoWiFi, and Dual 4G VoLTE are among the Smart 5’s connectivity choices. The phone is powered by Android 10 with Infinix’s XOS 7 user interface. Infinix has made a few tweaks to the phone, and it comes with a few pre-installed apps and games.

The Infinix Smart 5 is a low-cost smartphone with a large display and a large battery. This phone is suitable for watching films and playing casual games, given its USPs. It also has a long battery life, so you won’t have to charge it very often.