Samsung A51 Price In Ghana

Samsung A51 price in Ghana is GHS1,780. When you first take up this phone, the first thing you notice is how light it is; at only 172g, it’s substantially lighter than other phones of its generation, which normally weigh around 200g. Around the screen, there are thin but perceptible bezels, one of which houses a small cutout for the selfie camera. 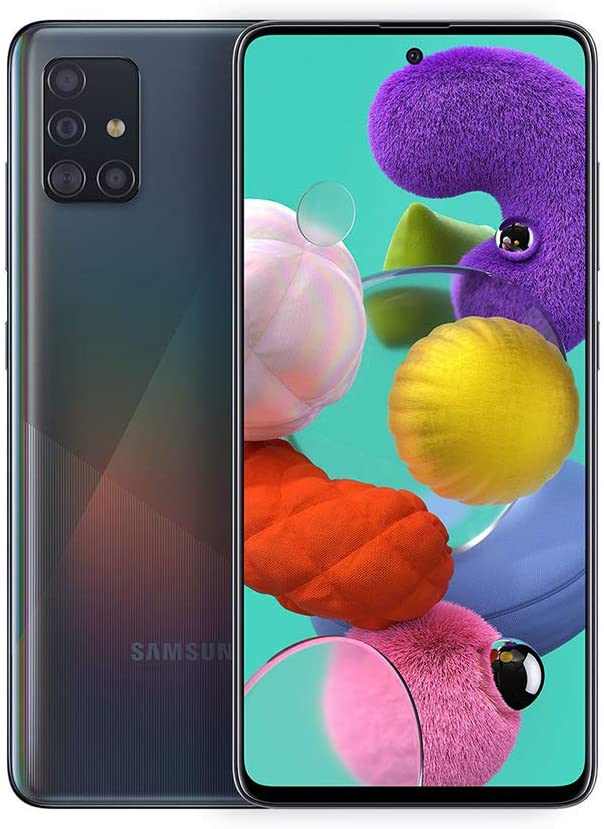 A circular rectangle on the top left of the camera module houses four sensors and a flash. The 3.5mm headphone jack is still present (despite the fact that it’s been removed from both of Samsung’s flagship models), and the SIM tray accommodates two SIM cards as well as a Micro SD card slot for expanding the phone’s 128GB storage capacity.

On this smartphone, watching videos, browsing images, or even scrolling through a social network feed is pleasurable, and the notch, which is tucked away at the top in the centre of the screen, is not invasive.

The screen is constructed of Gorilla Glass 3, an older, more fragile toughened glass that can withstand scratches but not heavy drops. Putting the phone in a decent case is your best bet.

The A51 offers dual-band Wi-Fi and Bluetooth 5.0 connection for wearables. There’s also near-field communication (NFC) for mobile payments and boarding cards. The call quality is outstanding. The maximum level of the earpiece is 84dB, which is loud enough to be heard on a crowded street. Other than that, the audio quality is acceptable. The maximum level is 88dB, which is sufficient to fill a room. At higher volumes, the timbre is weak, with evident clipping. The bass is non-existent, and the treble is uneven. In short, it’s OK for a conference call or scrolling through TikTok videos, but if you’re planning a Netflix marathon, you’ll want to use the 3.5mm headphone jack.

Given its decent all-around performance, the Galaxy A51 is a phone worth considering; its camera versatility is impressive, the screen is enjoyable to watch video on, and it looks good too, which doesn’t hurt.